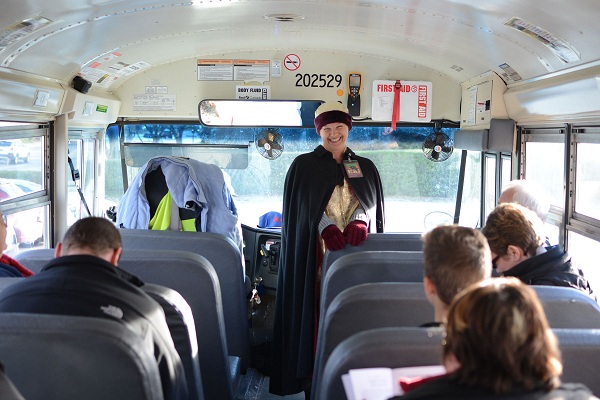 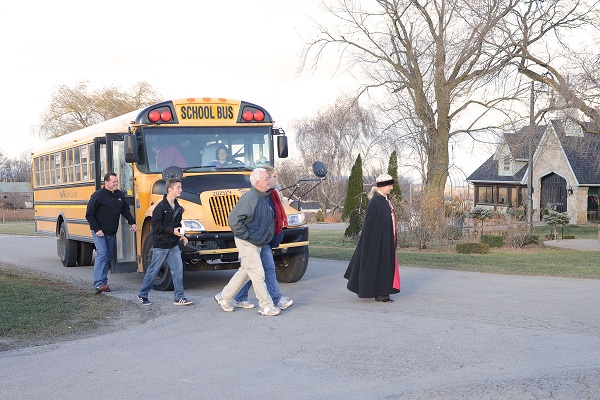 It’s 1926 and American prohibition law brings new problems as well as new opportunities to the wine makers of Canadian border communities. The Ziegler family runs the risks involved with doing business with a more notorious kind of “family” in New York State. They find an unlikely ally whose motivation may be more than just business. 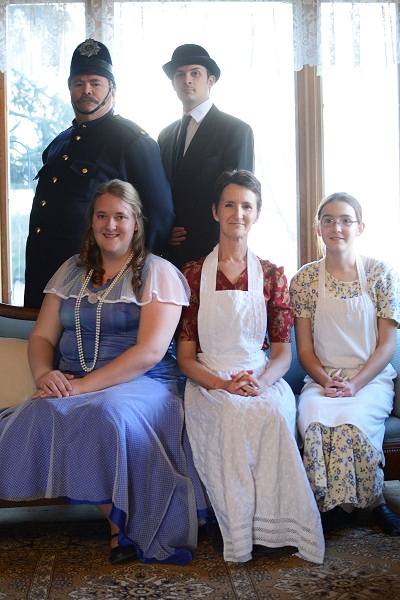 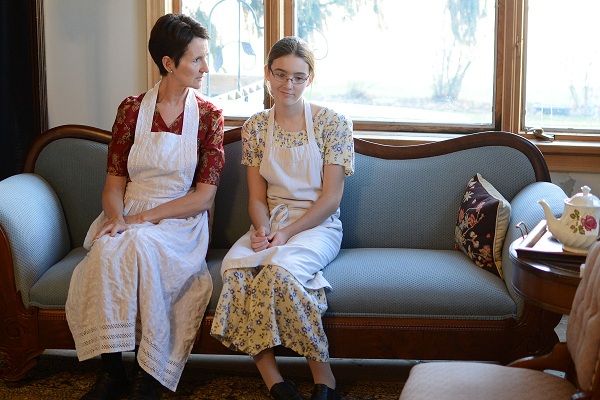 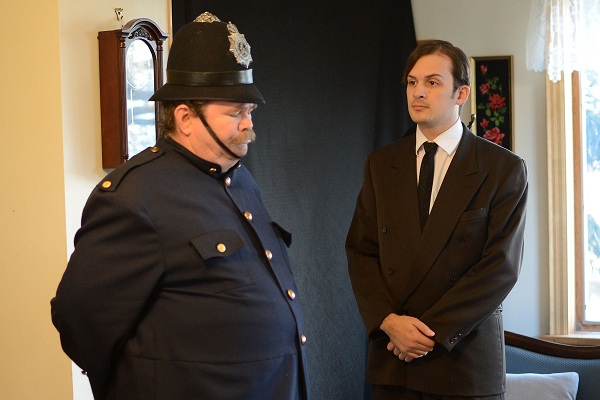 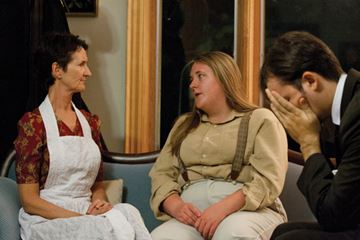 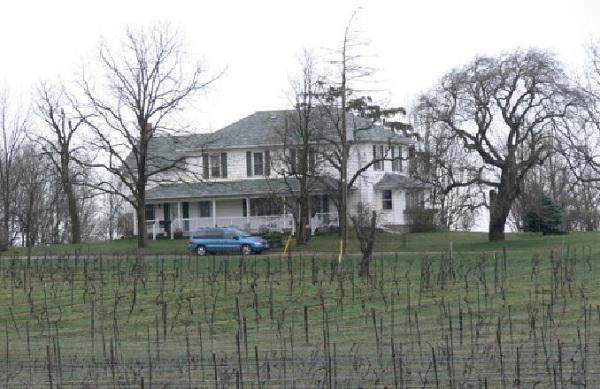 The land where the house now stands was once owned by a member of the Butler’s Rangers. In 1831 the land was sold to Daniel Hoch, one of many Pennsylvania Dutch who immigrated to the Vineland area. Daniel was one of the first ministers of the Mennonite Church at that time. The Culp family, who are the estate’s current owners, are the fifth generation of Daniel Hoch’s descendants to live on the homestead. Existing original features of the home include the herringbone brick cellar and the carriage stoop located on the front walkway.

CLINGING TO THE VINE

It’s 1959 and Niagara is booming with economic prosperity and innovation. A new world is coming and Canada welcomes that world into its neighbourhoods, churches, schools, laboratories, factories and stores. New attitudes, ideas and tastes challenge the “old way” of thinking. Just “keeping up” with the changes creates welcome adventure for some and churning anxiety for others. 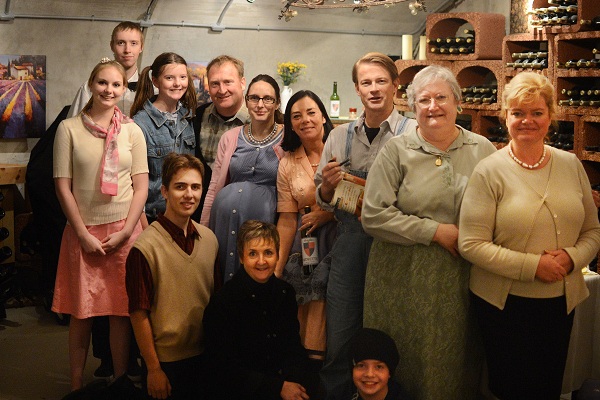 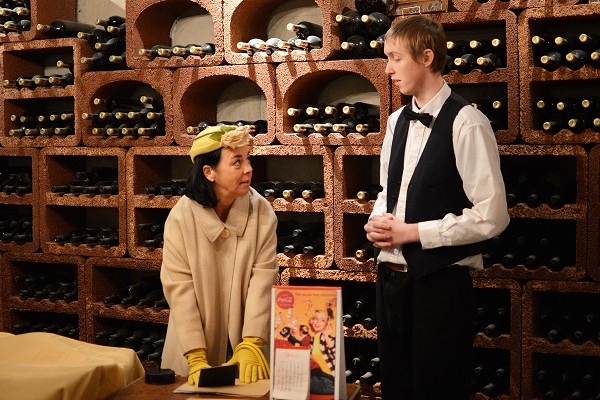 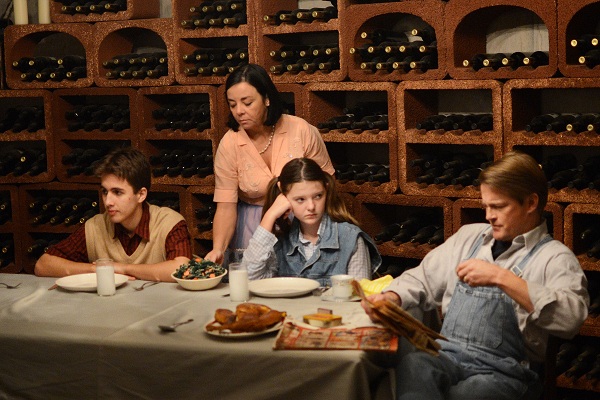 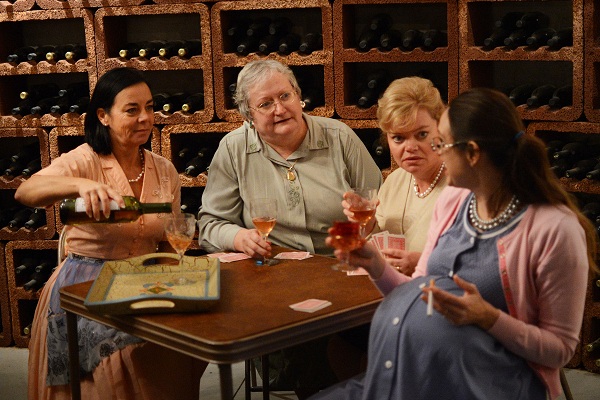 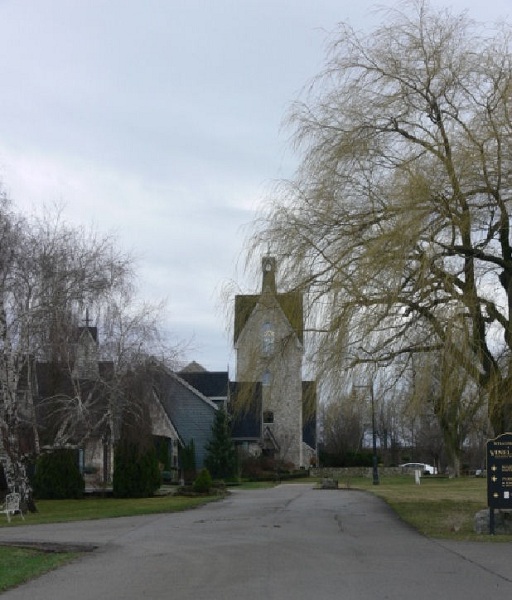 Originally the Moyer family homestead in the 1840s, Vineland Estates Winery is now the home of world renowned wines and one of Niagara’s first winery restaurants. The former farmhouse was transformed into a restaurant and the adjacent stone carriage house is now a banquet facility for weddings and other events. The magnificent building that is now the winery and tasting room was originally the barn. Of particular significance are the former barn’s hand hewn beams which started out as masts on ships, then were salvaged and used in the construction of the barn. The adjacent vineyard bears the sign “St. Urban Vineyard.” The vines of St. Urban were developed by grafting cuttings brought from Germany onto existing root stock. These vines are some of the oldest in Ontario. Vineland Estates Winery is also one of the foremost producers of ice wine in the Niagara Region. Their wines are exported worldwide, from as near as the United States to as far as Asia.

The “writing is on the wall” for grape farmers in 1975. Rising sophistication in consumer tastes have pressured the wine industry to reinvent itself. In fact, the future survival of the industry demands that alternate practices are put in place, starting at ground level. These economic realities are forcing changes to an already challenging lifestyle that some families in this farming community can neither embrace nor finance. 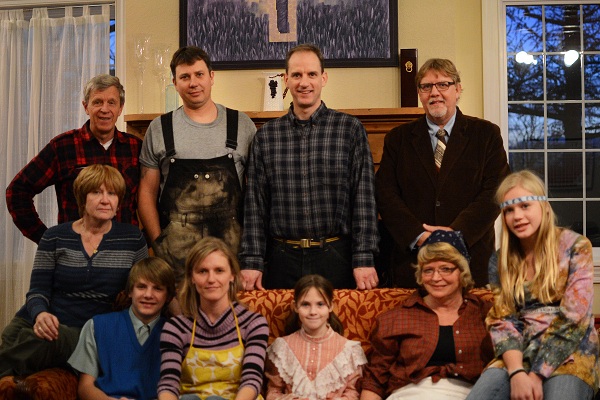 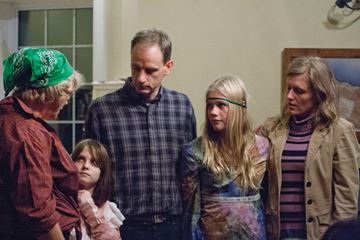 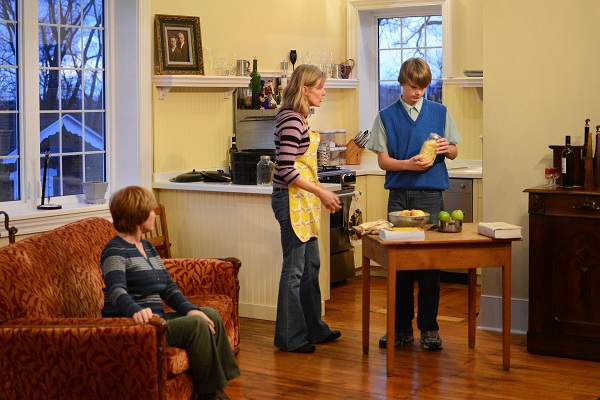 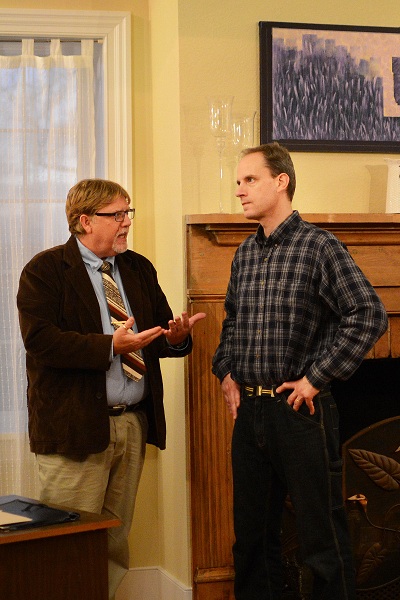 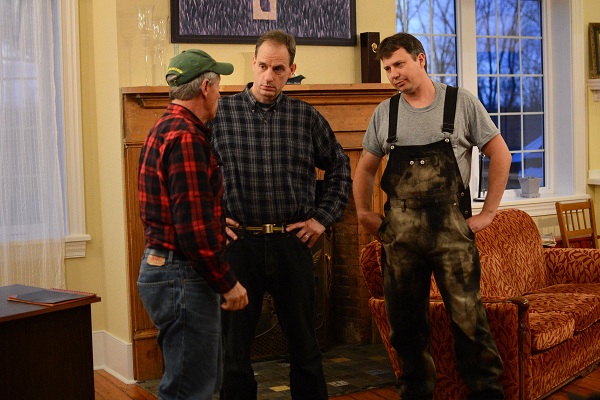 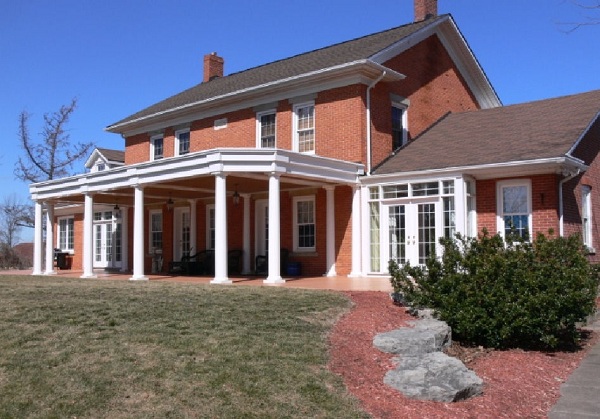 In 1790 the Rittenhouse family immigrated to the Vineland area from Pennsylvania and built the first house on this homestead. Their land holdings stretched from Lake Ontario to the escarpment. This house, which was built circa 1850s, has a stylized Mennonite Georgian exterior. The construction of two additions on the east and west sides complement the architecture with Greek revival overtones. Originally the house was divided into two parts to allow privacy for the extended family. This fact is confirmed by the two front doors which were a common feature in Mennonite construction. Rittermere House is one of three houses still existing in Lincoln with this unique feature.

In 2020 the wine Industry finally achieves full recognition and respect with the gala opening of the brand new “Winemakers’ Museum”. The celebrations not only revel in the elevation of the product, the branding and the lifestyle but also rejoice in the families that continue to grow, weather, strengthen and mellow appropriately right alongside those “oh so important” vines and wines. 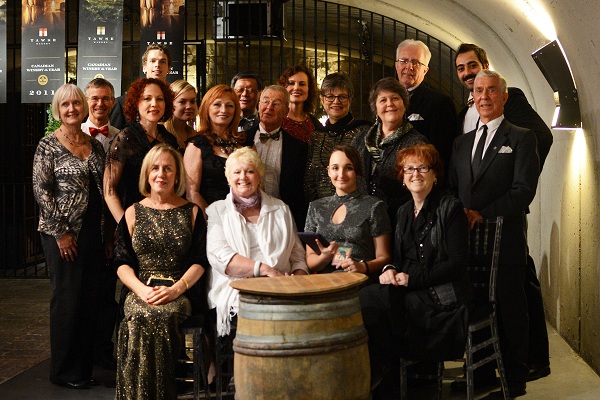 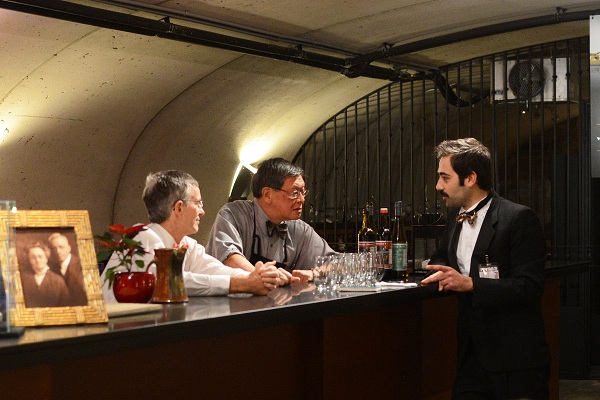 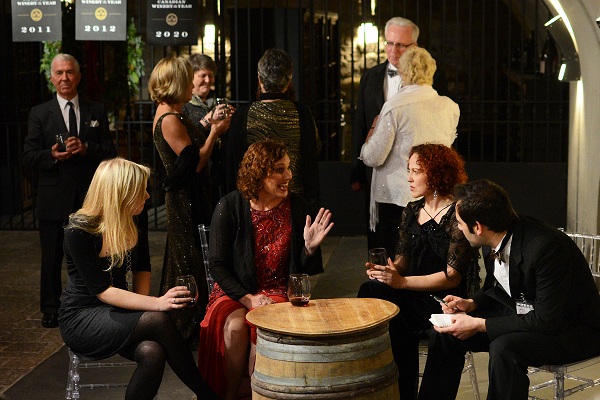 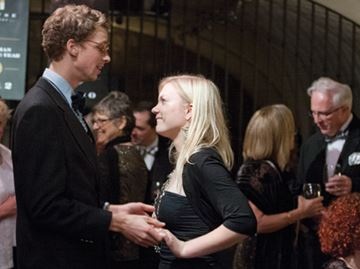 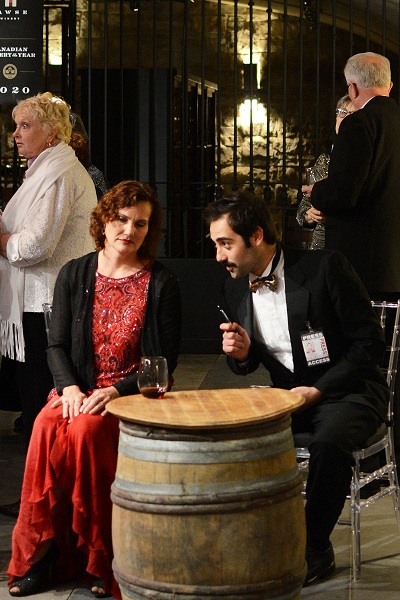 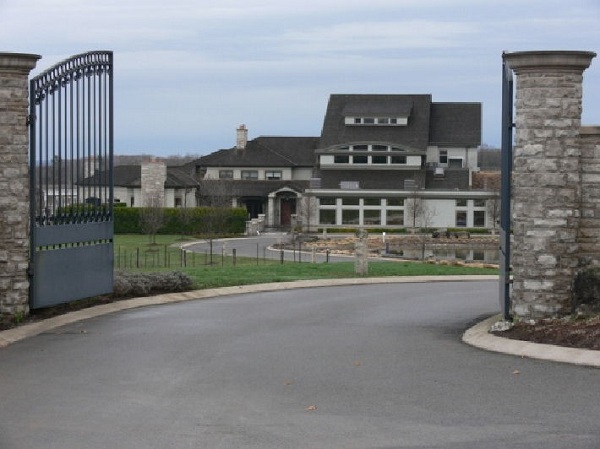 Moray Tawse, the owner and founder of Tawse Winery, was once a sommelier in Alberta. He brought his love of wine to the Niagara Region and in 2001, the first vintage was created. Tawse Winery now produces 15 to 20 different vintages. The winery boasts a unique approach to winemaking utilizing organic and biodynamic farming methods to create a quality wine that depicts “terroir,” meaning a sense of taste of the region. Sheep control the growth of weeds in the vineyards and horse-drawn ploughs are used to reduce the impact of conventional farming methods. In addition, 80% of the building is powered by geo-thermal energy and a bio-filtration system recycles the waste water.