THE VILLAGE OF JORDAN 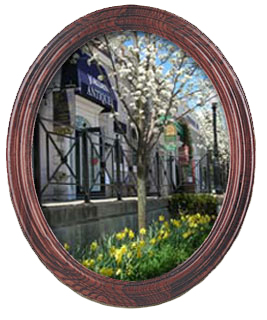 The village of Jordan, which was once called Hoy, was founded in 1840 by Jacob Snure, an immigrant from the United States. The village of Jordan was a hub of commerce in the 1840’s. There were 2 or 3 hotels, including the Jordan House which dates back to that time period, a post office, several stores and at one time two town halls. It also supported a shipping industry in the Jordan Harbour to ports as far away as England. In 1846, the population was 200 people.

The postal wagon which now resides at the Jordan Museum of the Twenty was used in the Jordan area for up to 30 years when its services were retired in 1952. Six days a week it’s mail delivery took a total of 9 miles or 15 km. The price of postage was very high and was cost prohibitive for many of the early settlers. Therefore, letters were often sent without postage and it would be the responsibility of the receiver to pay the postage at the other end. Money also was often sent via the mail wagon and the drivers had to keep a sharp eye for robbers.

FIRST PLAY
– ONCE UPON A TIME IN JORDAN –
Playwright: John van der Beek 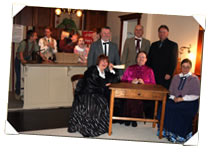 In the 1840’s, the local post office was the hub of information. Nothing much slipped by the watchful eyes of post mistress Isabella Snure, including who was receiving a letter from whom and what it might be about. 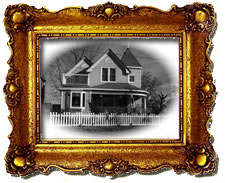 Built in the Queen Anne style of architecture, originally this building housed the post office until 1970. In the 1800’s, it was common for generations to carry on certain professions. Such was the case of the postmaster. Jacob Snure took over as postmaster in Jordan in 1853. His descendents carried on the tradition until 1962 with Alene Snure being the last postmaster of her family.

SECOND PLAY
– THE HAIR OF THE DOG –
Playwright: David Fanstone

Rum running was rampant in those days and even 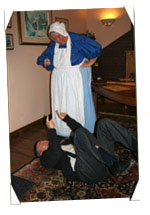 the most respectable citizens were sometimes involved. Local men appointed themselves as local militia in order to “deal with” the problems. Some of these local militia were less effective than others, often with rather comic results. 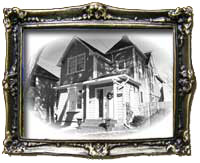 This house was also believed to have been built by a descendent of Jacob Snure. It is believed that two brothers built both houses and lived side by side.

By the 1840’s, the Niagara area had become a safe haven for slaves

escaped from the southern states. Many had harrowing tales to tell of their journeys on the “underground railroad”. 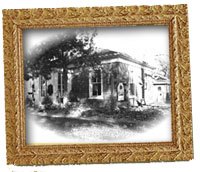 The house originally functioned as the home and offices of many doctors, including Dr. Elisha Jessop and Dr. Addy. In later years it was the home of the famous potter Tess Kiddick. It probably had a wraparound porch at one time and the unique brickwork and wood flooring is still in evidence today. The original mounting stone for this house is located at the museum in front of the Fry House.

Sea going men of questionable pursuits had many an exciting tale to tell. Captain Joe is no exception. Everyone – well, almost everyone – gets caught up in his tales of the sea. Come on in an’ hear one of these whalin’ stories for yourself. Oh, by the way, hope you’re not afraid of the occasional ghost. 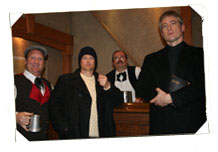 This building was originally the Jordan Vinegar Works. It was established by Clark Snure and his son Elderidge who made and sold, as advertised, “Jams, Jellies, Evaporated Fruits, Cider and Pure Cider Vinegar”. Snure shipped barrels of dried apples throughout Ontario and overseas to England. Women operated the presses in the valley below. Archibald Haines, along with William Aiken of Dunnville, recognized the potential of the local grapes and established Jordan Wines, taken over in 1964 by the Danforth Wine Company, controlled by Seagrams. Today, this beautiful facility still plays an important part of the fabric of Jordan now housing part of the Jordan Historical Museum, various boutiques, Cave Spring’s winery shop and their world renowned restaurant, On The Twenty.

No Christmas in the village would be complete without the traditional school concert. We hope you enjoy this one a little more than some of the women in this village. I ask you, the nerve of some people! Come on in and join us in our search for the true meaning of Christmas.

Jordan Museum of the Twenty

The first school was built in 1839 but destroyed by fire in 1858. It was replaced with the current grey stone building at a cost of $1,221.
A typical salary for in a teacher in 1847 would have been $97 for six months. One of the early contracts for teachers states that if a teacher should come to work intoxicated he would not be paid for his time whiltst in that condition. The current structure served the needs of the community until the mid 1940’s. 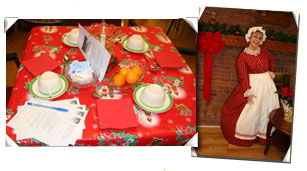 After your tour stop in for a strong cup of tea, coffee or some cider and some old fashioned, mouth watering desserts to help celebrate a Victorian Christmas season.

All the treats in Misses Nettie and Nan’s Tea Room are homemade with the best ingredients. As always, local volunteer bakers participated in creating these scrumptious delights to warm your hearts and tummies!

Nan and Nettie always have something else “cooking” in the kitchen to entertain you as well. You are guaranteed to eat well, relax, visit with friends and leave with a smile. 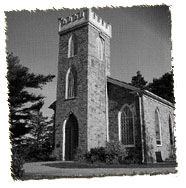 Constructed in 1841, the church is thought to be one of the first Tractarian (style) churches in Canada. The history of the church is significant due to the notable personages associated with its founding.

George Ball (founder of the settlement of Glen Elgin, now Balls Falls) donated the four acre parcel for the church and nearby cemetery.

The church itself was built by Newton Perry, a renowned master builder in the Niagara Region and is considered to be his masterpiece. The nearby cemetery is the resting place of many early settlers including members of the Butlers Rangers.