Moses F. Rittenhouse and the Horticultural Experimental Station at Vineland

Moses F. Rittenhouse was born on a farm in Lincoln County, Ontario, August 12, 1846. He attended school only in the winters, working on the farm during the summer. In April 1864, at the age of 18 years, Moses left for Chicago where he tried his hand at several occupations. He eventually started his own lumber business, out of which grew a number of very successful enterprises. Through all of his success, Moses Rittenhouse never forgot his roots in Lincoln.

In 1905, the local farmers petitioned the provincial government to establish an experiemental station in Lincoln to better serve the needs of the tender fruit farmers. The two existing stations were too far away and did not cater to the unique challenges of farming in the fruit belt.

In 1906, Moses F. Rittenhouse donated a farm on the shore of Lake Ontario for the purpose of establishing an experimental station. The Ontario 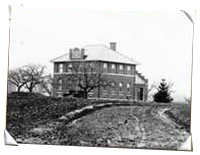 government bought the balance of land and provided the equipment so that by the end of that year the station consisted of 90 acres and a fully equipped station.

This year marks the 100th anniversary of the gounding of the Horticultural Experimental Station at Vineland Station.

It’s June 7th, 1939 just before 4 p.m. and the Canadian Broadcasting Network is in place with “on-the-spot” coverage of the Royal Event.

Come with us and take a rare peak into what happens behind the scenes in a live production at a radio studio.

It’s a hot June day at the Agricultural Station in Vineland. Listen in to a group of workers and office employees as they gladly take a lunch break and discuss the important happenings in the world around them.

Third Play: “A Conversation on the Way to Vineland Station”
Playwright: John Van Der Beek
On The Bus

What happens when four housewives and two precocious children walk together into the village to do some shopping? These women certainly have their ear to the ground about everything local and global, but they don’t always have the same opinion about what they hear. 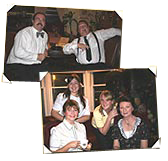 Fourth Play: “He Said / She Said”
Playwright: Katherine Albers
The Toye House B & B, Circa 1914

The Culps are entertaining the Wilsons from Cooksville on the eve of June 7th. There is much to talk about besides the very first visit of a reigning monarch to Canada. But the men and the women seem to have slightly different interpretations and opinions on almost everything.

It’s 1939. Europe is full of rumours of war, the local papers are starting to

report atrocities attributed to Hitler and Reverend Hall of Vineland United Church is preaching a sermon of love and forgiveness for the German people. His parishioners are not impressed.

(Historical Note: Reverend Hall was real; the sermon referred to was really delivered and Rev. Hall was immediately dismissed!)

In 1939, Canada was finally beginning to come out of the depression. Many people who became homeless during the depression found lodging and work with kind people and were looked on almost as members of the family. 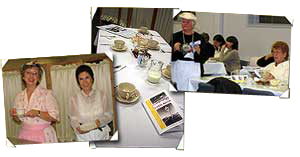 After your tour, stop in for a strong cup of tea and some old fashioned desserts straight from the recipe books of the 1930’s. These include Queen Elizabeth Cake, Lemon Bars, Peach Cuppa Cuppa Cuppa and Baby Brownies.

After you’ve been refreshed at the Victorian tea room, visit the General Store where you will find interesting and intriguing souvenirs of your Lamplighter Tour and many items for holiday gift giving.

The tea room and general store will be common fixtures each year but their location will change from year to year as the Lamplighter Tour moves throughout Lincoln. The historical eras will change as well. 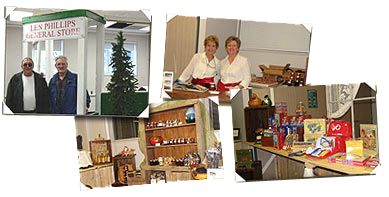